I’ve been getting some great response from my request for input for the Sonoma County Musicians Database I’m working on.

A couple of frequent questions–do I want ALL bands and musicians and musical groups? From way back? Yes, and yes. 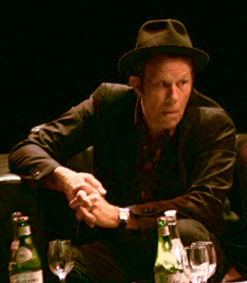 Here’s the next phase of development of our “Community” website: I’m building a spreadsheet of Sonoma County bands, musicians, groups of all types. Right now it’s in the collecting names phase, and I’ve posted a Facebook note with a preliminary list, asking for crowdsourcing help in filling it out. Take a look!

Eventually I would love to do something along the lines of either or both wonderful local music websites from the musical hotbeds of Seattle and Austin:

I have always been a firm believer in the concept of “bibliodiveristy”–a word I made up back in 1995 or so, taking off on the concept of “biodiveristy.” The idea being that it is the responsibility of libraries to collect, preserve, and make accessible the work of their local authors, musicians, and other artists, because if we don’t, who will?

As a first step towards implementing this at my current job with the Sonoma County Library, we have built a website called “Community.” Right now, this focuses on authors–writers who lived or who now live in Sonoma County, ranging from Jack London to Anne Rice.

Next, we hope to do the same for our local musicians. I was pushed by a local grocery store, believe it or not, who have compiled and released a CD of Sonoma County musicians called “Real Music.”  Our musicians include some big names, too, such as Tom Waits, Les Claypool, and the late Kate Wolf.